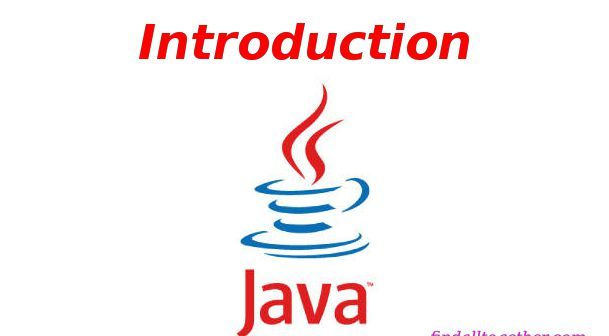 Java is object oriented and platform independent programming language which runs upon JVM. If you are newbie with programming then you will have following questions:

Program is collection of statements which preform any task on machine. Programming languages are human readable. These are compiled by compilers to convert into assembly language which is readable by machine. Java runs upon Java Virtual Machine (JVM). It is a virtual environment and similar to .NET platform. Due to JVM, java does not depends on operating system like C and C++. It can run on any platform (linux, windows, mac, etc. ). Object oriented programming is object based programming. Everything is an object. You can take any conceptual component in the problem you’re trying to solve (house, table, chair, etc.) and represent it as an object in your program. In a program there are a lot of objects which tell each other what to do by sending messages. Each object has its own memory.

Use the commands in terminal:

On windows download eclipse for developers from here: https://www.eclipse.org/downloads/ and install

On linux use these commands:

Then give these commands from the folder where you have download ecllipse:

In this file (which is open in terminal after nano command) write this code and save using ctrl+o and exit using ctrl+x.