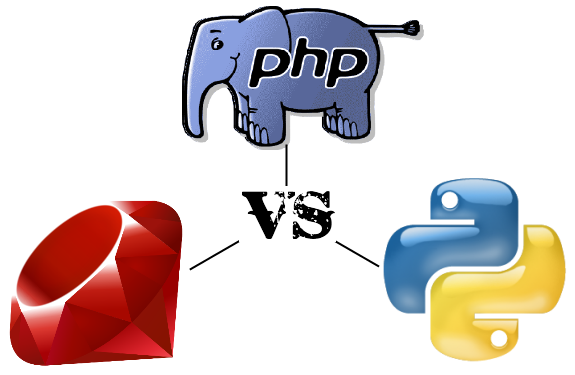 Which programming language should you learn in 2021? Python, PHP or Ruby?

Possibly the biggest question facing web development newbies is which language is best to learn for their future career and prospects. There are many programming languages to choose from and each has its own strengths and weaknesses. Possibly the most important concern is how long each language takes to learn and this varies for each language. So which should be learned for the best chance at a successful career in programming?

When I started to learn web development, I searched a lot about it but it made me incredibly confused. I could not find a definitive answer on which language was the best because different authors give different perspectives. Most authors were just comparing the languages without giving an overall conclusion.

Therefore, in this article I am going to compare three modern programming languages - PHP, Python, and Ruby by answering the following questions:

I am not adding JavaScript in this article. I will compare javascript separately in a new article.

What are the strong points of the language?

Easy to learn and purely for web development!

Years ago in 2014 when I had started writing blog posts, I had highlighted PHP (version 4) as the worst language, but PHP 5 and PHP 7 made an incredible enhancement.

When I had learned Laravel in 2014, I found it totally immature against Django (Python). But now at the end of 2020, Laravel is too ahead of any of its competitors. If you are expecting your career in web development Larvel is the best choice for you.

Python is a general-purpose giant. I wonder what I can not do in Python. Android Development! If you are not sure which programming language you should learn then Python is for you. Or if you are intending to learn Machine Learning, Artificial Intelligence, or Data Science then ignoring Python is not an option. When I learned Python, I found it the easiest language. Even easier than PHP (back in 2013). I was coming from a Java and C++ background and working in Python was like a dream.

If Python is your first language then perfecting Python will take one to two months but if you are coming from C++ or Java, this will take less than two weeks. I like its syntax and weak typing. I am working on Django since 2016 as my company project. Scope in Python is unlimited.

Ruby is another general-purpose language. Ruby on Rails was my second web development framework after Laravel. I got only one project in Rails. Ruby syntax is simpler than Python (at least for me, I give different syntax for the different scope variables an advantage. This can be tricky for you).

Despite being a general-purpose language, Ruby is still identified with Ruby on Rails (a web development framework). Learning Rails need a little bit of patience. You can learn Laravel (PHP) and Django (Python) within a week (if you have a good hold on the respective language and basic knowledge of web development, much better if coming from another framework).

The dependency of Ruby over Ruby on Rails has pushed it on the back foot. In web development, where PHP was already a dominant player and after NodeJs Javascript is killing the space, the scope for Ruby on Rails has sunk drastically. The rise of Java and Python has also created huge challenges for Ruby. I, personally, do not intend to spend much time following Ruby but there are people who still love and believe that Ruby is still 100% alive.

What are the limitations of these languages?

A fish can not fly that does not mean fish is worse than a bird.

Which language is the most secure?

There is nothing on the internet that is 100% secure. The level of the website/application security depends primarily on the programmer, not on the programming language. Till PHP 5 (somehow PHP 5 too), PHP was well known as an unsecured language. But now this is not the case.

For avoiding mistakes, good IDEs and proper tests are required. These all three languages have IDE and Testing (via frameworks) supports.

Strong typing also reduces a lot of headaches. Ruby is a dynamic and strong typing language. Stong typing support since PHP 7 and Static typing in Python narrow this difference.

Although, I have never used Static typing in Python myself. I am much reliable on the tests.

As a result, there is not really a solid conclusion to be drawn from the question of security.

What are the advantages and other supports for these languages?

What are the developers/jobs ratio and the average salary?

This is a very subjective question and can not have a simple general answer. This totally depends upon the skills of the developer/programmer.  High skill means a high salary, language does not matter that much. But high skills in Machine Learning, Data Science, and AI generally dominant over high skills in web development. Python has some upper hand in this regard but does not happen in all cases.

Let's summarize all in short:

You can choose any of them. If you are looking for a big goal, then Python is best with a lot of dominant features like Machine Learning. But all programming languages have their own scopes just like players in any game.