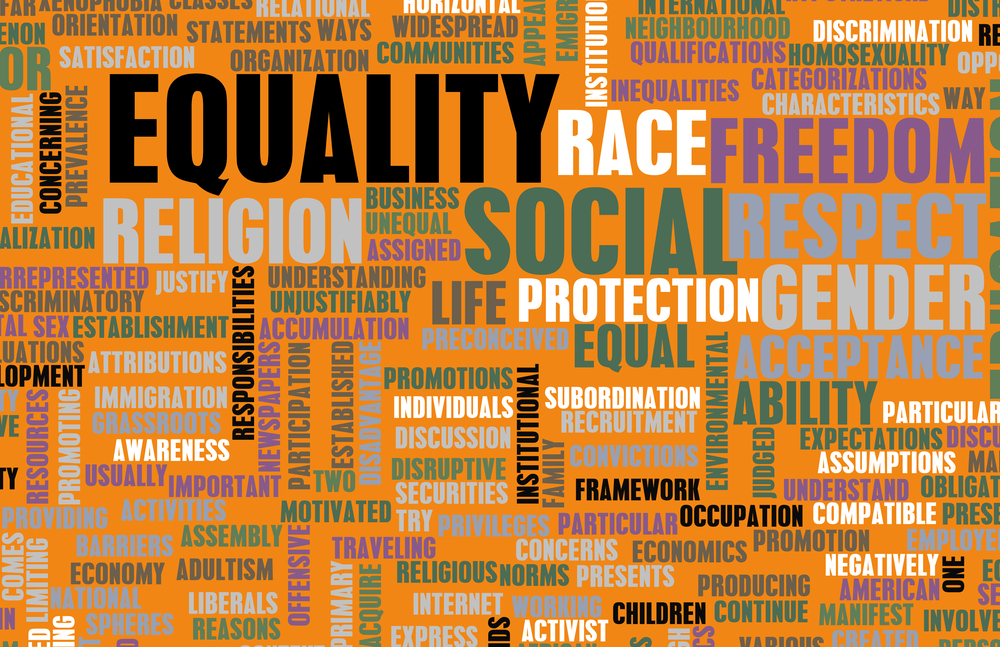 Equality is about ensuring that every individual has an equal opportunity to make the most of their lives and talents.  It is also the belief that no one should have poorer life chances because of the way they were born, where they come from, what they believe, or whether they have a disability. Equality recognises that historically certain groups of people with protected characteristics such as race, disability, sex and sexual orientation have experienced discrimination.

Laski, the most influential positive liberal thinker, set down the following conditions of equality:

It refers to equality before the law and equal protection of the law. The concept is all people are created equal and hence deserve the same status before the law. The law is blind and will make no allowance for the person being dealt with.

Early liberals meant by economic equality merely the right of choosing one's trade or profession irrespective of family position or economic status and the right or freedom to contract so that everybody in the land is treated equally as far as contractual obligations or concerned. Gradually the position began to change towards a notion of equality of opportunity for everyone to live the life of a full human being. Equality means no one in society should be so poor that he or she lacks the basic needs and the basic opportunities for mental and physical development.

It refers to the absence of discriminations on the basis of colour, gender, caste, sexual orientation etc. It has been realized the residual social discriminations that have existed for thousands of years in some societies can be very difficult to undermine even with a rapid march of constitutional political and legal rights and economic development and removal of economic inequalities.

Liberty is the ability to do as one pleases. In modern politics, liberty is the state of being free within society from oppressive restrictions imposed by authority on one's way of life, behaviour, or political views. In philosophy, liberty involves free will as contrasted with determinism. In theology, liberty is freedom from the effects of sin, spiritual servitude, or worldly ties.

Contradiction between Equality and Liberty

Neo-Liberal thinking, profounded in particular by thinkers like economists Milton Friedman and F. A. Hayek that holds such great sway on policy formulation worldwide at present, particularly at international institutions like the IMF and the World Bank, believe Liberty and equality are fundamentally opposed to each other and hence inequality has to be tolerated for the sake of liberty.

The main features of this new-liberal belief system are: