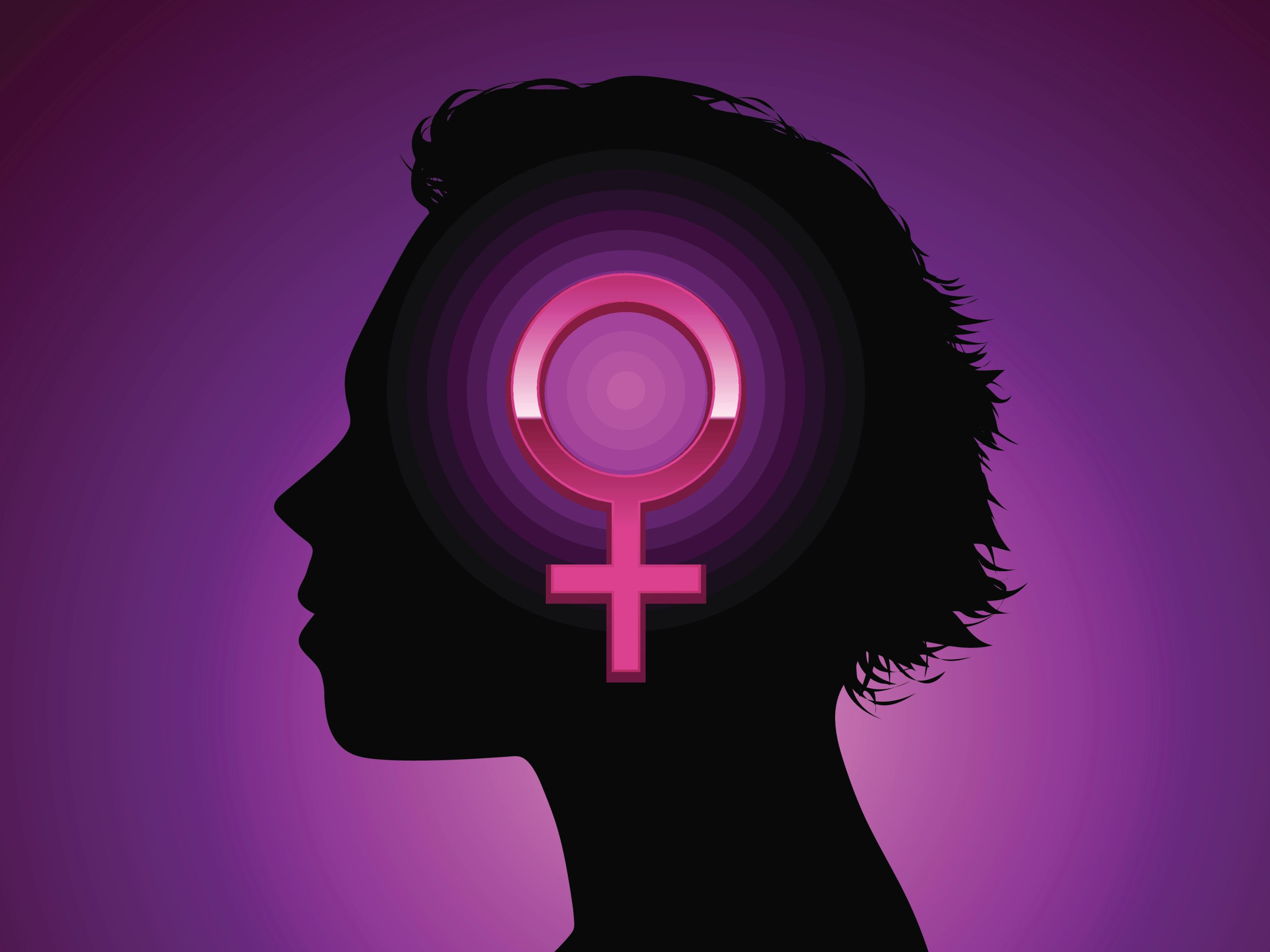 Feminists have argued that political concepts had been based upon the experiences, interests, and perspectives of only half of the human race - men only. It is the feminist argument that one of the fundamental contradictions in the society is also that of between men and women for women have been kept subjugated because of societal and political reasons and not necessarily because of biological differences and thus politics, history, and society, in general, should also be studied from this point of view. Feminist theory aims to understand gender differences and gender inequality and analysis the social and political power relations from that point of view. Also, feminist theory focuses on the promotion of women's rights. The particular subjects explored in feminist theory include discrimination, stereotyping, objectification (especially sexual objectification),  objectification), oppression, and patriarchy.

Feminist political theory as a term only consolidated in the West during Women's Liberation movements of the 1960s and 70s. Previously, very few works of political theory explicitly considered women's political situation. John Stuart Mill’s 1861 call for women's suffrage in The Subjection of Women is a notable exception. In the early 20th Century, Simone de Beauvoir’s 1949 work The Second Sex exposed the power dynamics surrounding womanhood and laid the foundation for subsequent feminist theories exposing women's social subjugation. In the 1980s and 1990s, feminist theory expanded into the legal realm led by Catharine MacKinnon’s and Andrea Dworkin’s campaigns against pornography. Several distinct stages are sketched out below.

Liberal feminism marks an important approach to feminist politics which was especially pervasive during the first half of the twentieth century. Some of the most well-known examples of liberal feminist writing were published far earlier, including Mary Wollstonecraft's A Vindication of the Rights of Woman (1792) and John Stuart Mill's The Subjection of Women (1869). A common theme of liberal feminism is an emphasis on equal opportunity via fair opportunity and equal political rights. Also, according to The International Encyclopedia of Ethics, "Liberal feminisms of both the past and the present retain some commitment to the distinction between the public and private realms – a distinction which is the focus of much critique within feminist political theory."

Marxist feminism and socialist feminism considered classism as the primary source of women's oppression. " Marxist theory does not allow women any more than other classes of oppressed people to constitute themselves as historical subjects, because Marxism does not take into account the fact that a class also consists of individuals one by one. Class consciousness is not enough. We must try to understand philosophically (politically) these concepts of 'subject' and 'class consciousness' and how they work with our history." Early radical feminism was grounded in the rejection of the nuclear family and femininity as constructed within heterosexuality. and Radical feminism abdicated any previous forms of political theory to develop entirely new theories rooted primarily on the direct experiences of women. Radical Feminism has experienced many transitions over time, including facing an anti-feminist backlash(humanism) but the theoretical history and survival remain important to understand.

Postmodernist feminists agree with others that gender is the most important identity, however what makes Postmodern feminists different is that they are interested in how people 'pick and mix' their identities. This is a key part of Postmodernist thought, not just from feminism. They are also interested in the topic of masculinity, and instead reject the stereotypical aspects of feminism, embracing it as a positive aspect of identity. One of their key goals is to disable the patriarchal norms that have led to gender inequality.

Sicukust feminism connects the oppression of women to exploitation, oppression, and labour. Anarchist feminism believe in class struggle and anarchy against the State by struggling against patriarchy. Then there is Cultural feminism which attempts to rediscover and revalidate undervalued "female nature" or "female essence" in society. The most extreme Separatist feminism does not support heterosexual relationships and this Lesbian feminism is thus closely related to it. Conservative feminism is conservative relative to the society in which it resides while the  American Libertarian feminism conceives of people as self-owners and therefore as entitled to freedom from coercive interference.

Thus feminist political theory has challenged the previous notions of politics and have helped in rethinking concepts such as political obligation, freedom, justice, equality, contract, civil society, power, patriarchy, public sphere, the private-public distinction, and even the very meanings of democracy and citizenship.