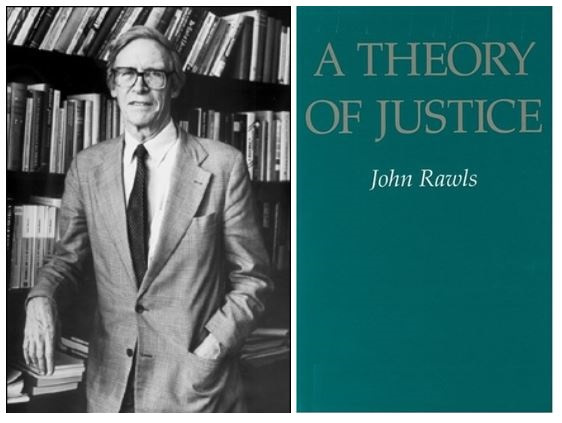 The relevane of Rawls theory of justice

John Rawls in his work,  Theory of Justice attempted to build a theoretical foundation for the notion of justice that would be in the liberal tradition but not as each-man-for-himself as the early liberals and hence help to support the notion of a welfare state that became the preferred developmental aim and route of non-communist nation worldwide by the end of the second world war.

Rawl drew up his theory on the basis of the notions of social contract and distributive justice. He defined two types of goods:

Rawl assumed that individual participants in a society would naturally choose a form of society, which is 'just under the sterile conditions of impartial choice'. He made the following assumptions:

According to Rawls, people would inevitably choose two principles of justice:

Rawls accepted the possibility of conflict between the two above principles of justice like a restriction on the liberty of some individuals may constitute an inequality but it may satisfy the second principle above that is it may lead to greater benefits for everyone. Rawls said that such inequalities will not be acceptable and priority should be given to the first principle,  i.e., liberty. According to Rawls, the basis of self-esteem in a just society is the publicly affirmed distribution of fundamental rights and liberties. Thus the two principles of justice and the priority of the liberty principle are the fundamental elements of justice. If laws are such that they favour the privileged but no benefit accrues to the least advantaged as a consequence, to the maximum extent, then those laws have to be regarded as unjust.

Rawls clearly concluded that the proper function of government is not limited to maintaining social order but 'the achievement of distributive justice by placing the highest social value on the need of the neediest'. Justice does not mean rewarding those with superior abilities (ethics of reward) but compensating those endowed with lesser ability (ethics of redress). Hence, Rawl basically provided a theoretical concept of justice to support the liberal welfare state that is a constitutional democracy.

Initially isolated in a world of Anglo-American philosophy preoccupied with questions of logic and language, Rawls played a major role in reviving an interest in the substantive questions of political philosophy. First published in 1971, A Theory of Justice was revised in 1975, while translated editions were being released in the 1990s it was further revised in 1999. In 2001, Rawls published a follow-up study titled Justice as Fairness: A Restatement.

In 1972, A Theory of Justice was reviewed in The New York Times Book Review by Marshall Cohen, who described the work as "magisterial", and suggested that Rawls' use of the techniques of analytic philosophy made the book the "most formidable" defence of the social contract tradition to date. He credited Rawls with showing that the widespread claim that "systematic moral and political philosophy are dead" is mistaken, and with providing a "bold and rigorous" account of "the principles to which our public life is committed." Though he suggested that it might take years before a satisfactory appraisal of the work could be made, he noted that Rawls' accomplishments had been compared by scholars to those of John Stuart Mill and Immanuel Kant. However, he criticized Rawls for "looseness in his understanding of some fundamental political concepts."

Rawls' theory has faced criticism from thinkers along the following lines mainly: