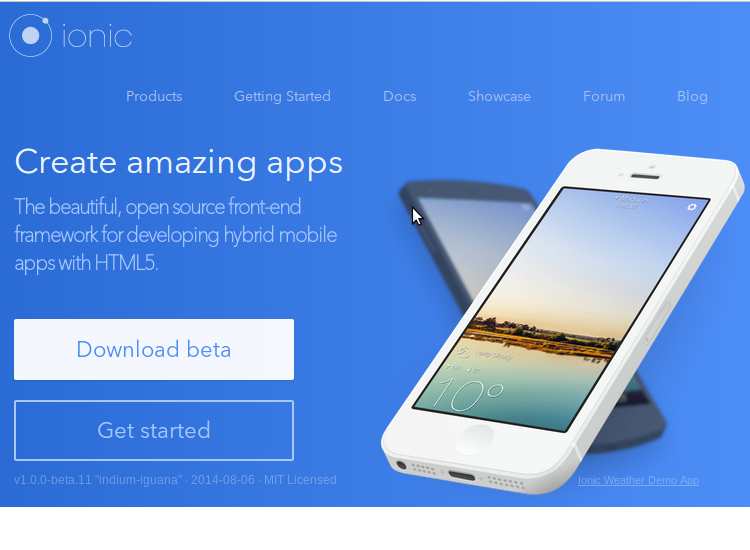 The demand for hybrid apps is increasing at a continuous rate. In fact, based on Gartner's forecast, “by 2016 over 50 percent of mobile apps deployed will be hybrid.” The reason behind the growing popularity of hybrid apps is the balance it provides between native and HTML5 powered web applications.

How hybrid apps are expected to dominate the app market in the distant future?

Let us have a more detailed view on this:

Native apps help deliver an enhanced user experience, allowing users to take benefits of the device features on which a native application is installed. However, the problem with a native app is that it works on a single platform, and hence, you need to create different versions of a native application for each type of device or OS.

However, with HTML5-based web apps, you don't need to worry about creating different app versions for multiple devices or operating systems. That's because you need a single code base for developing a web application, and that code base can be easily deployed to several mobile devices and platforms.

But, web apps fail to provide offline capabilities and device features just like a native application. Thanks to hybrid apps, you can have a web application with mobile device capabilities.

If you're convinced at creating a hybrid app, then you can make use of a hybrid app development framework to get the job done efficiently. However, with many frameworks available for developing hybrid apps, choosing the most suitable one can be overwhelming and challenging for you.

Let us compare some of the most popular hybrid app development frameworks:

This one is touted to be the most promising open-source framework for building hybrid apps. Based on SASS, the Ionic framework helps in building beautiful hybrid apps using several mobile UI components, typography, etc. The best part is that Ionic helps in building apps in an easier way, using the commonly used web technologies such as HTML5 and CSS and JavaScript.

If you want to focus on developing iOS hybrid apps inspired by Google's Material design, then you should consider using the F7 framework. It is a super easy to use hybrid mobile app framework, as it develops apps using the HTML5, CSS and JS web technologies – that most of the developers are well acquainted with.

The framework limits developers to use the Onsen UI framework features. That's because, developers can't use the features unless they make use of Onsen UI's HTML-based IDE (referred to as MONACA IDE).

Famo.us perfectly suits the needs of developers working on a gaming app based on a hybrid approach. This is because the framework helps in rendering 2D and 3D graphics, a feature you won't find in other hybrid app frameworks.

Released by Microsoft, Manifold.js is a tool that helps in packaging, web-based app experience with native apps for platforms such as Windows, Android and iOS. What makes Manifold.js different from other app frameworks in this post is that it focuses on creating websites having app-like properties.

There is no one-size-fits-all approach – all the frameworks discussed in this post have a set of pros and cons. So, deciding on which one of these frameworks will benefit your needs to build a hybrid app relies on how you would like to use a framework to accomplish your goal.

I am Sachin Kumar. I am a freelancer who works in front-end and Flutter. Here at flowkl.com, I write about CSS animations and beautiful UI & UX in Flutter. You can contact me at sachin@flowkl.com

With the expanding market of mobile apps, the developers are struggling to maintain the code bases for Native apps. M...

Being in the middle of 2021, we definitely can’t ignore the significance of designing remarkable mobile apps for gain...

In recent times mobile internet is rising speedily than the desktop internet as huge number of users is connecting in...